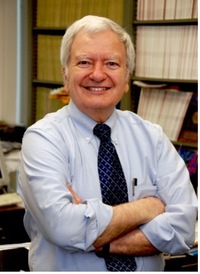 Michael E. Jung, of the Department of Chemistry and Biochemistry at UCLA, has been awarded the 2022 IUPAC-Richter Prize in recognition of his research, which has afforded new drugs for the treatment of advanced prostate cancer. The acceptance lecture will be held in New York, NY, USA (June 26-29, 2022) at the 37th ACS National Medicinal Chemistry Symposium and he will present a second lecture at the XXVII EFMC International Symposium on Medicinal Chemistry in Nice, France (Sept. 4-8, 2022).

This year marks the ninth occasion of the IUPAC-Richter Prize, which was established in 2005 by the IUPAC (International Union of Pure and Applied Chemistry) and Richter PLC. Awarded biannually, the awardee is announced by the IUPAC following nominations and the decision of an indepedent international selection committee. According to the rules of the prize, the awardee is expected to give two lectures, one in Europe and one in the United States, at international symposia on medicinal chemistry. The lecture in which the prize is awarded occurs alternatively in Europe and in the United States. The awardee receives an award of $10,000, which is sponsored by Richter PLC, and a plaque, which is presented by IUPAC.